Solar Control for The Glasshouse Hotel 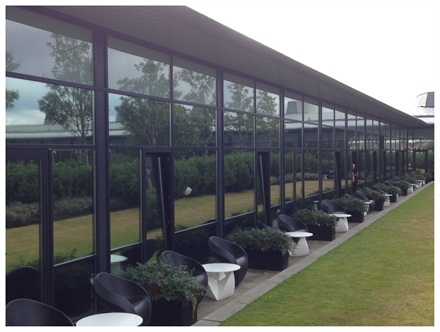 The Window Film Company offer a complete supply and fit service throughout the UK, with the capacity to deliver on projects of any size in any location. It therefore posed no difficulties when a prominent Edinburgh hotel got in touch, in need of a solar control solution for over 300 panes of glass.

The hotel in question was a five star establishment with a fantastic reputation. As a venue that earned its standing through consistently high levels of customer service, the management are always investigating ways to improve the customer service. One issue that was identified as potentially needing attention was the level of heat within certain parts of the building. There was a feeling that the heat generated by the sun passing through the glass was greater than desired and a solution was sought.

After making contact with The Window Film Company, the hotel was designated a dedicated Account Manager, whose sole responsibility was to find a suitable solution for this particular situation. After gaining a full understanding of the issue facing the hotel, a number of films were suggested and samples sent. The samples allowed the hotel staff to place the film onto the affected glass and to observe the performance over a period of time. By doing so they were able to be certain that the film would perform the function required as well as delivering the appropriate aesthetic qualities.

After trialling several different types of film, it was decided that High Reflective Silver would be the most appropriate choice. A high performance film, this reflective product is widely used to reduce solar gain – the additional benefits such as glare reduction and fade protection making it one of the most popular and effective films available.

The film works by reflecting away the sun’s energy before it has a chance to enter the premises, making it immediately more effective than 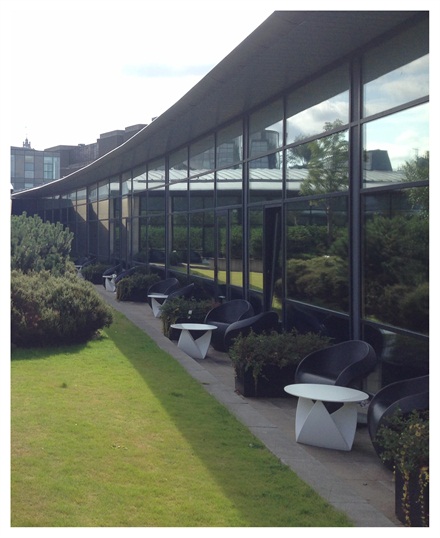 blinds or curtains – both of which allow the heat to enter the room. Solar control film will not make a room feel unduly cold, instead serving to stop the steady build-up of heat that eventually results in a room feeling uncomfortably hot.  As well as providing immediate protection against uncomfortable temperatures, this durable, high performance range of film will also cut down on glare whilst also cutting out over 99% of the sun’s harmful UV rays – the biggest contributing factor to fading.

The appearance of the film is a sleek, reflective silver, perfect for the modern, contemporary appearance of the affected part of the hotel.  From the internal side, the view to the exterior is maintained, allowing those within the property to enjoy the views afforded guests.

The sheer number of affected windows meant that a detailed project plan was required, with access to each room required for what was an internal installation process. With the film choice and costings agreed, the logistical elements of the job were handled by The Window Film Company’s dedicated Operations Team. The team were in regular contact with the hotel, with dates and timings carefully planned in advance.

A period of two weeks was assigned to carry out the work, with the fitting undertaken in a regimented order, allowing the hotel to operate as normally as possible for the duration of the works. The Window Film Company’s installers are qualified as well as being vastly experienced, allowing them to deliver a consistently high standard in a time efficient fashion.

After nine days of fitting, the work was complete and a total of 307 panes of glass had film applied to them, providing instant protection against heat and a more comfortable environment for both staff and guests. In addition to the internal benefits, the installed film gave the windows a stylish, contemporary appearance, completely in keeping with the design of the hotel, adding to the aesthetic and serving to increase the feeling of luxury.